I had the opportunity to showcase my research with a 90-second video for the JRC Annual Conference “EU4FActs: Evidence for policy in a post-fact world” on the 26th of September 2017 – European Commission – Charlemagne Building in Brussels. The conference was very inspiring for me and offered me the opportunity to meet leading experts from the fields of science, policy and media and discuss aspects of my research. The conference produced a set of 10 clear recommendations for successful evidence-informed policy making institutions, processes and individuals. Conference participants were asked to select their best one. Personally the recommendation that attracted my attention was the one by Prof. Steven Sloman called “New collaboration technology” which recommended that “the EU should invest in technology to facilitate identification of expertise and development of dynamic collaborative teams across the EU”. I am of the opinion that dynamic collaborative research teams across the EU (and internationally) paves the way for successful evidence-informed policies. Interestingly enough my research underlines this aspect by the creation of an interdisciplinary and multidisciplinary network for Digital Dance Heritage. The members are: the University of Brighton (UK), the Eindhoven University of Technology (The Netherlands), The University of Granada (Spain), the Regional Government in Andalusia (Spain), the Department of Modern Languages and Cultural Studies, University of Alberta (Canada), the ARC Centre of Excellence for the History of Emotions, University of Western Australia (Australia), the Norwegian University of Science and Technology Trondheim (Norway), the Coalition of Dance Heritage (United States) and the International Society for Ethnology and Folklore at the Royal Netherlands Academy of Arts and Sciences (The Netherlands). 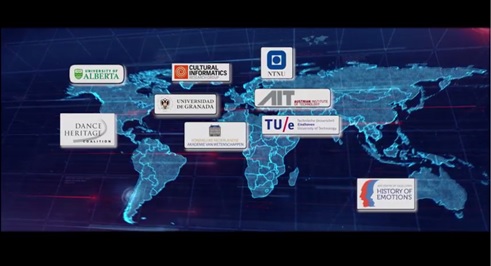